How Does Ketogenic Diet Work: The Science Behind It

The Science Behind Ketogenic Diet

Ketogenic diet has been a proven method to lose weight healthily. Additionally, it has used to treat epilepsy in children, improve brain functioning, and provide other health benefits.

However, the unconventional mechanism of Ketogenic diet creates a considerable amount of doubt as well as curiosity among new dieters. People who have gone through the diet, swear by it.

But, at the same time the unorthodox nature of the diet coupled with its similarity to starvation has led many researchers question its efficacy. In fact, many believe that Ketogenic diet is actually harmful to the human body in the long-term.

Keto diet, however, is based on a completely natural process and its effectiveness in weight loss, treating neurological diseases, preventing cancer, and other astonishing health benefits have been proven through numerous studies and research.

How Does Ketogenic Diet Work?

There are four primary fuels which can be used in the human body:

These fuels are stored in varying proportions in the body.

Overall, the primary form of stored fuel is triglyceride, stored in adipose tissue. Glucose and protein make up secondary sources. These fuels are used in varying proportions depending on the metabolic state of the body.

The primary determinant of fuel utilisation in humans is carbohydrate availability, which also affects hormone levels.

The body’s overall use of fuel as: Total energy requirements = Glucose + FFA

Therefore, if energy requirements stay the same, a decrease in the use of glucose increases the use of FFA for fuel. By corollary, an increase in the body’s ability to use FFA for fuel decreases the need for glucose by the body. This relationship between glucose and FFA was termed the glucose-FFA Cycle by Randle almost 30 years ago

The body has three storage depots of fuel which it can tap during periods of caloric deficiency:

The main point to take from this table is that carbohydrate stores are minimal in comparison to protein and fat, sufficient to sustain roughly one day’s worth of energy.

Although stored protein could conceivably fuel the body for far longer than carbohydrate, excessive protein losses eventually may cause death. This leaves adipose tissue as the primary depot for long term energy storage.

The average person has enough energy stored as body fat to exist for weeks or months without food intake and obese individuals have been fasted for periods of up to one year.

By the same token, if the concentrations of a given fuel decrease in the bloodstream, the body uses less of that fuel.

By decreasing carbohydrate availability, the Ketogenic diet shifts the body to using fat as its primary fuel.

When present in sufficient quantities, glucose is the preferred fuel for most tissues in the body. The major exception to this is the heart, which uses a mix of glucose, FFA and Ketones. Starting Keto Diet? Checklist of Keto Diet Basics

The major source of glucose in the body is from dietary carbohydrate. However, other substances can be converted to glucose in the liver and kidney through a process called gluconeogenesis (‘gluco’ = glucose, ‘neo’ = new, ‘genesis’ = the making). This includes certain amino acids, especially alanine and glutamine.

With normal glucose availability, there is little gluconeogenesis from the body’s protein stores. This has led many to state that carbohydrate has a ‘protein sparing’ effect in that it prevents the breakdown of protein to make glucose.

If glucose requirements are high but glucose availability is low, as in the initial days of fasting, the body breaks down its own protein stores to produce glucose. This often leads to tremendous sugar cravings among dieters. Learn how to suppress these sugar cravings through simple diet tricks here.

Excess protein loss during this period (first week of Keto diet) can be damaging to the dieter’s health and thus adequate protein intake is recommended under the Ketogenic diet.

The protein replenishment prevents any potential muscle loss by supplying the amino acids for gluconeogenesis that would otherwise come from body proteins.

Most tissues of the body can use FFA for fuel if it is available. This includes skeletal muscle, the heart, and most organs.

However, there are other tissues such as the brain, red blood cells, the renal medulla, bone marrow and Type II muscle fibers which cannot use FFA and require glucose.

Thus, the diet requires you to consume small amount of carbs (<50 grams depending on BMI and target weight) but only from non-starchy vegetables. (Why? Read here).

Impact of Ketogenic Diet on the Brain

The fact that the brain is incapable of using FFA (Free Fatty Acids) for fuel has led to one of the biggest misconceptions about human physiology: that the brain can only use glucose for fuel.

While it is true that the brain normally runs on glucose, the brain will readily use Ketones for fuel if they are available.

Arguably, the most important tissue in terms of Ketone utilization is the brain which can derive up to 75% of its total energy requirements from Ketones after adaptation.

In all likelihood, Ketones exist primarily to provide a fat-derived fuel for the brain during periods when carbohydrates are unavailable.

As with glucose and FFA (free fatty acids), the utilisation of Ketones is related to their availability. Under normal dietary conditions, Ketone concentrations are so low that Ketones provide a negligible amount of energy to the tissues of the body.

If Ketone concentrations increase, most tissues in the body begin to derive some portion of their energy requirements from Ketones.

Some research also suggests that Ketones are the preferred fuel of many tissues. One exception is the liver which does not use Ketones for fuel, relying instead on FFA.

By the third day of Ketosis, all of the non-protein fuel is derived from the oxidation of FFA and Ketones.

As Ketosis develops, most tissues which can use Ketones for fuel stop using them to a significant degree by the third week. This decrease in Ketone utilisation occurs due to a down regulation of the enzymes responsible for Ketone use and occurs in all tissues except the brain.

After three weeks, most tissues meet their energy requirements almost exclusively through the breakdown of FFA. This is thought to be an adaptation to ensure adequate Ketone levels for the brain.

Except in the case of Type I diabetes, Ketones are only be present in the bloodstream under conditions where FFA use by the body has increased. For all practical purposes, we can assume that a large increase in FFA use is accompanied by an increase in Ketone utilisation and these two fuels can be considered together.

How Ketogenic Diet Is Better Than Average High Carb Diets

As long as muscle and liver glycogen stores are not completely filled, the body is able to store or burn off excess dietary carbohydrates. Of course this process occurs at the expense of limiting fat burning, meaning that any dietary fat which is ingested with a high carbohydrate intake is stored as fat through a process called ‘de novo lipogenesis‘ (DNL). However short term studies show that DNL does not contribute significantly to fat gain in humans.

With chronically overfilled glycogen stores and a high carbohydrate intake, fat utilisation is almost completely blocked and any dietary fat consumed is stored.

This is why most dietitian and nutritionist suggest an absolute minimisation of dietary fat for weight loss. The premise is that, since incoming carbohydrate will block fat burning by the body, less fat must be eaten to avoid storage.

The Ketogenic diet approaches this problem from the opposite direction. Instead of lowering fat intake, it relies on reducing carb intake to the body can move from its reliance on glucose for energy and utilise Fat and Ketones.

So, as you can see, Ketogenic diet is not an absurd or illogical diet rather a completely natural and healthy way to lose weight. The reduced reliance on dietary carbs in Keto diet leads to many to other health benefits such as reduced risk of heart diseases and diabetes, prevention of cancer, etc. Continue reading about the Health Benefits of Ketogenic Diet here.

»» Please let us know in comments below, your doubts about keto diet. 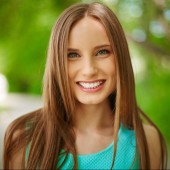 What is the Role of Fiber in Ketogenic Diet?

Types of Keto Diet Supplements Available in the Market